Theatre production at Grandview has a whole new look

"She Kills Monsters" was a virtual hit for the theatre department 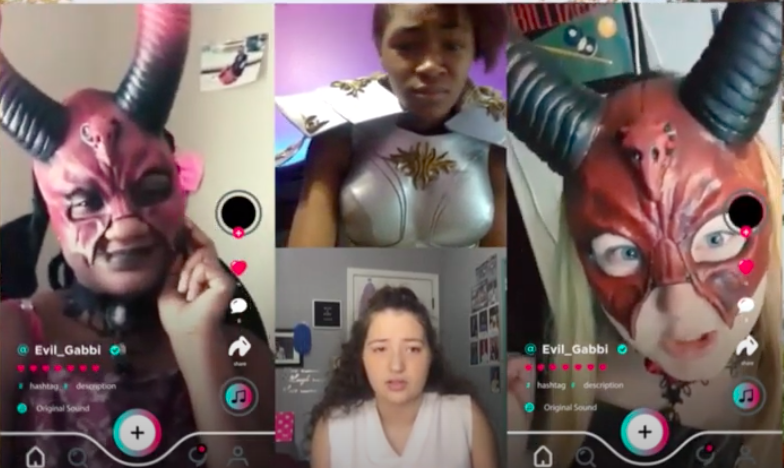 This fall brought a whole new aspect of theater production to Grandview High School. With COVID-19 still being present, most schools are not back to in-person learning. Theatre programs have been forced to reschedule their plays and musicals for the spring semester.

The play is about a young girl named Agnes who finds her deceased little sister’s flash drive that includes a game called Dungeons and Dragons. She gets stuck in the game along with some of her friends. In order to get out, they have to beat the game while living it.

Senior Trystin Little, played the role of Agnes, the lead character of the play. Agnes is a high school student who had no knowledge of Dungeons and Dragons. She just knew her sister spent a lot of time playing it and her death drew her towards the game. Little enjoyed playing this part in the production.

Grandview High School teacher and director of the play, Molly Mokler, had during the production process. “She Kills Monsters is a special show because it is written to be performed virtually through Zoom,” said Mokler. “Almost everything that went into the production of this play was done virtually. “

Since the production was virtual, there were definitely some challenges with theatre equipment and backstage crew. During a typical production, there are always many different roles assigned to students, including stage manager, audio/visual crew, and promotion. This was especially difficult because everyone was working from different locations.

Voice recordings became a major issue. “These microphones we found just don’t pick up stuff very well,” Mokler stated. “That was a regular issue we had to face in the beginning.”

When it came to the biggest challenge, Mokler said it was getting all the right objects to the right student. Due to COVID-19 restrictions, getting costumes, props, and equipment to students was hectic.

A virtual production is not something anyone will soon forget. “Even though there were some challenges with the show, we had a great time with the students,” Mokler said.