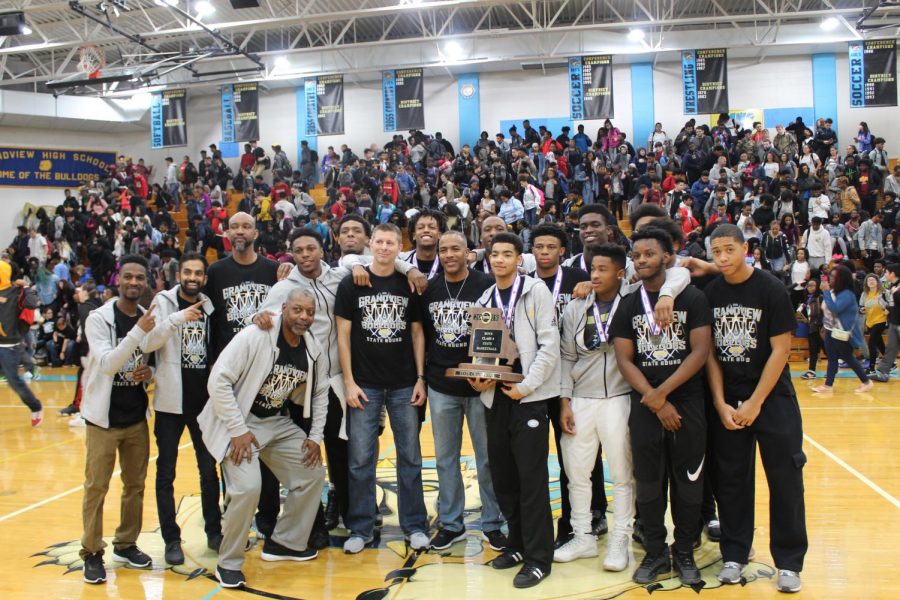 The GHS boys basketball team celebrates its first-ever state championship during a pep assembly at the school.

The GHS Bulldogs basketball team capped a dream season with a big win over arch-rival Raytown South to win the 4A State Championship in Springfield, Mo.

After the buzzer, many tears were shed from players and fans. The team jumped in excitement and the student section erupted in jubilation.

The team received a hero’s welcome when it returned home Sunday, March 18, being greeted by fans and friends at GHS. The following week at school, a congratulations ceremony took place in the gym.

This was the first basketball state championship in GHS history.

The boys ended their season with a 28-3 record and many championship plaques.